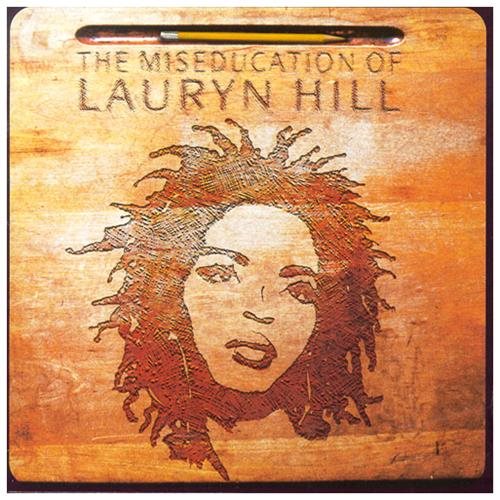 Today, August 25, 2018 marks the 20th anniversary of The Miseducation of Lauryn Hill, a groundbreaking album that redefined feminine expression in hip-hop and influenced artists across many genres. Of course, everyone into popular music knows about the incomparable Lauryn Hill, former member of The Fugees who scorched airwaves with their infectious blend of reggae, hip-hop and RnB. But it was Lauryn who stood out with her seductive soulful crooning and natural beauty.

Summer of 1998: I was a full-blown raver, heavily into house and techno. There was always a room dedicated to hip-hop/DnB at raves; heck, even Run DMC made a guest appearance! At the time, I was dating a Chinese Canadian fellow raver, who was a bigger fan of hip-hop than I was. One day, while hanging out at his house, he turned to me and said, “Have you heard The Miseducation of Lauryn Hill?” I hadn’t, and I was too hyped up about the rave happening later on that night to really think about anything else. He gave me this look that veered somewhere between exasperation and annoyance, tempered with a sort of steely determination.“You have to listen to this.” Before I could escape, he clamped his headphones onto my ears and pressed Play.

After Intro, “Lost Ones” dropped like a feathered suckerpunch of sweetness. Lauryn Hill’s voice sounded like rich dark chocolate wrapped in gold tin foil, oozing all over my consciousness as she spat out a scathing rebuke to a wayward lover with elegant precision, backed by booming polyrhythmics. I was speechless, practically glued to Jeff’s bed, not from the usual excitement but from genuine shock. I had never heard music like this, ever! Sure, I had heard “Doo Wop” and seen the video but this album…this was something fresh, authentic and utterly compelling. “See?” Jeff said as he registered my reaction, and smiled, satisfied that he’d spread the gospel. For the next hour, I was wrapped up in Lauryn’s world, her stories of motherhood, relationships, heartbreak and triumphant awareness. As I read the liner notes, seeing Lauryn’s involvement in practically every aspect of the album, I realized Ms. Hill had arrived. She was exceptional, smart, gorgeous and she sure as hell did not need The Fugees. Here was a woman who knew exactly who she was and blowing minds with her artistry.

The Miseducation of Lauryn Hill set the music industry ablaze. The press just couldn’t seem to get enough of her! She was showered with praise, accolades, awards, money. Here on out, the world was Lauryn’s oyster. She could have done absolutely anything she wanted to but she seemed to reject fame and the whole world. Apparently, she gazed into the shell, inspected the pearl and found it rather lackluster. Shortly after, reports began to emerge of erratic behavior, she stopped making albums and got busy making babies. Lots of them! I was somewhat puzzled, but realized she had her battles.

There was even the lawsuit that seemed to indicate that The Miseducation of Lauryn Hill was not properly credited to others working on the album. At the same time, I wondered if somehow she was not hurting her own success. It was hard to tell. Lauryn’s tunes were still getting airplay years later. Songs like X-Factor, To Zion, Everything is Everything were still dance club and radio staples. Life went on but people were still eagerly awaiting the next Lauryn Hill album, if it ever came. I learned not to hold my breath for that. Here was a woman, happy in her own skin, owning her decisions and certainly living life by her own defiant standards. Lauryn Hill did not ever have to make another album if she didn’t want to, but if The Miseducation of Lauryn Hill was the only one we would get out of her, we had to consider ourselves damn lucky!

20 years later, we are still feeling the ripple effect of this seminal album. Now that women’s rights are trending, especially in arts and entertainment, I can appreciate even more fully Lauryn’s underappreciated genius at that time. Sure she’s not perfect, but she stood up against an industry that wanted to misappropriate her success. She chose to have a baby when others were telling her to have an abortion because it would damage her blossoming career. That shows integrity and strength of character that few possess in that particular world. Lauryn Hill understood that there’s more to life than fame and money, and she chose Life. She is alive and it seems she is happy with the choices she made and what she had to sacrifice in order to create a safe, healthy space for herself and what matters most to her.

As a woman, I think The Miseducation of Lauryn Hill was a clever backlash against the expectations Lauryn had of life and relationships, versus the steep learning curve of reality. She crafted her story so skillfully that heads are still bopping decades later and people still pay to see her. Younger generations speak of her with admiration, judging from the countless reproductions of the iconic album cover in contemporary art. Let’s be happy we have such a gifted artist and fine example of Afrocentric womanhood in our midst. The world is a much better place for it!

Copyright © 2018 Frankie Diamond. All rights reserved. Excerpts of less than 200 words may be published to another site, including a link back to the original article. This article may not be reproduced in its entirety and posted to another site without the express permission of the author.